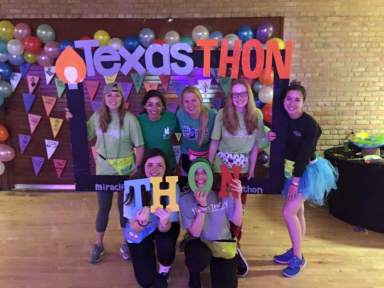 Many people start their lives completely convinced of what career or field they want to be in. I was one of those people who believed that no matter what, I was going to be a doctor of some kind. When I was growing up, I switched around between types of doctors such as pediatrician, neurosurgeon, cardiologist and finally neurologist. By the time I graduated high school, I was completely convinced that I would be a neurologist in life, so I decided to major in neuroscience, which I thought would be the perfect degree for me and my future.

When I got to UT, I mostly surrounded myself with science majors. I joined a pre- health professions organization in which nearly everybody was a science major. I never had much exposure to those outside of natural sciences, so it was surprising to hear of different majors offered at UT. An issue that I ran into with being always surrounded by science majors, especially pre-med students, was the social stigma towards non-science majors. More often then not, I heard older students (and even inexperience Freshmen) complain about the lower level of difficulty in other majors. I remember always thinking that my science classes were much harder than the non-science classes I took to complete my core requirements and I started to believe these people were right about other majors being less hard. 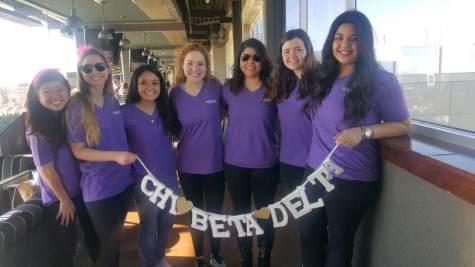 When I joined Chi Beta Delta, I was refreshed to find a group of people who aren’t all the same major or college. These girls were from different majors, backgrounds, and had different goals for the future. Being around more people outside of science made me realize that everyone at this school takes a difficult class, has hard professors and spends good amounts of time studying to achieve personal goals. Midway through my sophomore year, I decided to switch completely from a pre-med track to a graduate school focus. I changed my major to Public Health to almost immediately have friends and acquaintances downplay the difficulty of my major because many science majors view the field of public health as more “liberal” than other science majors. Since I wasn’t pre-med anymore, and experienced negativity towards the rigor of my major even though it was more rigorous than my previous major (biology), I realized that it isn’t right to judge others on their paths in life based on social stigmas. Chi Beta Delta helped teach me that everyone here at UT is trying to better their lives and take a step in the right direction that many don’t take. I’ve learned to respect everyone’s path here at UT and support their future career goals.